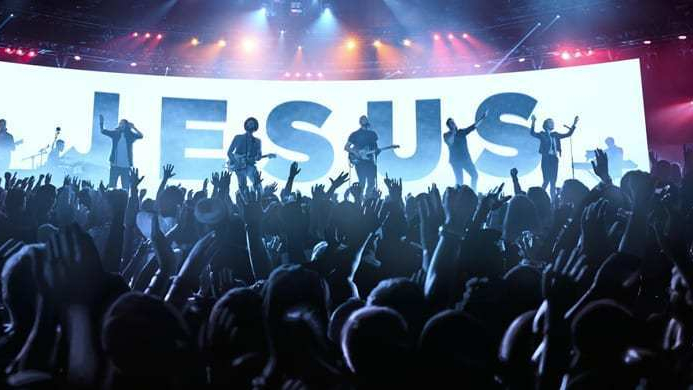 Taylor shouldered through the people gathered at the entrance to the event center. “What’s going on?” he asked his friend Drake, who was busy looking around. Drake jumped. “Dude, you scared me. I told you not to sneak up on me like that!” Taylor laughed. “Man, you in a crowd full of people. How you gonna say I snuck up on you?” The two boys bumped fists. Drake turned to Taylor. “You think we can get his autograph? This place is crazy pumped. He might not stay around long enough.” Taylor smiled. “I’m staying all night if I have to. I don’t care how long the line is.” They were finally wanded and waived through.

When the youth minister had broke the news that Kanye West was going to perform at the conference, the room had exploded. Everyone was bouncing off the walls. Ever since Kanye had announced his conversion to Chirstianity, Taylor’s entire youth group had been praying for him. They had talked and recognized that Kanye was in a strategic position to affect millions of people for the cause of Christ.

Taylor and Drake found a place to sit and made their way back out to get drinks from a vendor. Their youth minister had told them there was no way they could sit together as a group so they were told to break into groups of two or three and find somewhere to sit. They’d meet up in the lobby before leaving. The lines for the vendors were long because there were so many people. Drake looked around anxiously. “Man, I hope we don’t miss him waitin’ in this line.” Taylor nodded his head. Drake turned toward Taylor. “Are you listening to me?” Taylor nodded again. Drake noticed that Taylor had his eyes closed. “What are you doing?” Taylor finally opened his eyes wide and stared at Drake. “I’m tryna pray man! You keep interruptin’!” Drake held up his hands. “My bad. What you prayin’ for?” Taylor looked up at the ceiling and tried to avoid the question. “Taylor!” Drake crossed his arms and stood there with raised brows. Taylor looked at the ground and rubbed the back of his neck. “I was praying that we’d get to get Kanye’s autograph.” Drake rolled his eyes. “And how does that benefit the K.O.G.?” Taylor laughed. Their youth leader had shortened Kingdom of God to K.O.G. and created a song to the tune of O.P.P., which they later found out was some dirty song from the 90s.

“I guess it doesn’t. I just really wanted to meet him. I know he hasn’t always been a good role model but I’ve been praying for him.” Drake nodded his head. “Yeah, me too.” They finally made it to the front of the kiosk and were about to place their order when some guy in a hoodie rushed up and broke the line. “Hey man, can I get ahead? He shook Taylor’s hand and quickly ordered from the vendor. “I need a water.”  Taylor was too shocked to react. As he released the man’s hand he caught a glimpse of his face. Taylor’s mouth dropped open and the guy put a finger to his lips as he grinned. He disappeared as quickly as he had appeared. Drake ordered and bumped Taylor. “What’re you gettin, man?” Taylor came to himself and placed his order and paid. As they walked back to their seat, Taylor realized that God had answered his prayer above and beyond more than he had asked for.

Now all glory to God, who is able, through his mighty power at work within us, to accomplish infinitely more than we might ask or think. Ephesians 3:20

Pray in the Spirit at all times and on every occasion. Stay alert and be persistent in your prayers for all believers everywhere. Ephesians 6:18

What is your prayer life like? Have you positioned yourself to receive all that God wants to give you? Live holy, love God, love others. Pray for others, especially those in places of authority or influence for the Kingdom of God.

Processing…
Success! You're on the list.
Whoops! There was an error and we couldn't process your subscription. Please reload the page and try again.

All scripture references come from KJV, NKJV, NIV, and NCV.

Join us for the Facebook live of Part 3 of CHASING VINES by Beth Moore!
My mother-in-law’s house was destroyed by a tornado on Easter Sunday. When we went back to comb through what was left, I found my book that I had given her. It’s a little roughed up, but it made through, just like her.
Did a drive by for Mr. Roberson to say goodbye and we’ll miss you. Bella loves you!❤️
Gonna have a book signing soon at Lambert’s!
%d bloggers like this: